The Kunstgießerei Dirler employs two casting-procedures in its production of artworks: lost wax and sand casting.

A three-dimensional model can consist of any solid material. To make a mold of the model, soft modeling clay is applied all over it in the first step. Then it is coated with plaster. The plaster-coat consists of several parts which allow it to be reopened and put back together accurately on later steps.

After the hardening of the plaster it is opened and the modeling clay is removed.

The plaster-coat is put back together around the model again and a hollow space is found between the plaster and the model.

This hollow space is filled with liquid gelatine. The gelatine takes on the exact negative form of the model and sticks on the plaster.

After the setting of the gelatine, the negative form is opened and the model is removed.

The hollow space is now filled with liquid wax. After a roughly five millimeters thick layer of wax has accrued, the remaining wax is emptied out.

When the wax-model is solidified, the plaster-gelatine-coat is opened and removed.

Spikes are drilled into the model to prevent the mould from slipping out of place after the burnout.

Reeds are now attached on the model. They will eventually provide paths for casting material to flow in and air to escape.

The wax-model and the reeds are mured with a ceramic shell mold material. The inside of the wax-model is filled with liquid fireclay.

The ceramic shell-coated piece is put into a kiln. The kiln is heated up to 800 Celsius degrees for about five days. Thereby, the wax-model melts out and the reeds are burnt.

After about three days of cooling off, the ceramic shell-coated piece is put into a pit and is dug in with earth.

The accrued bronze sculpture is examined. Spikes are removed and its surface is reworked.

Finally, the bronze sculpture is patinated or polished and its surface is varnished with wax or oil. 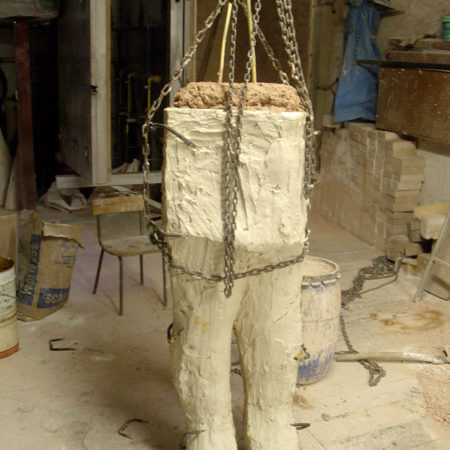 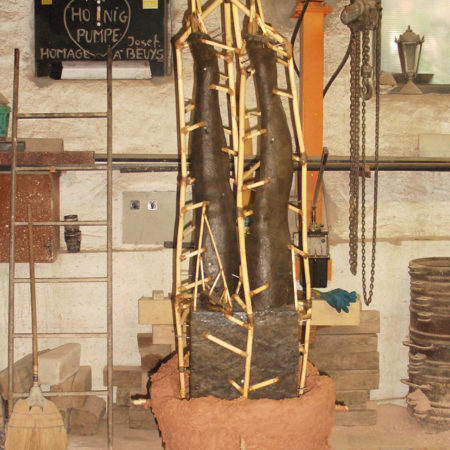 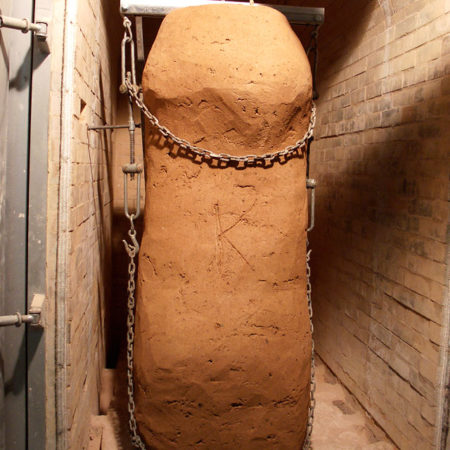 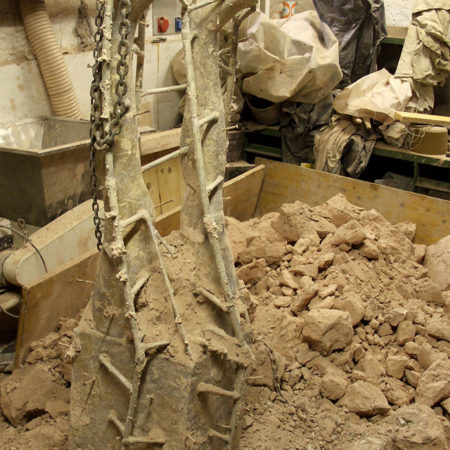 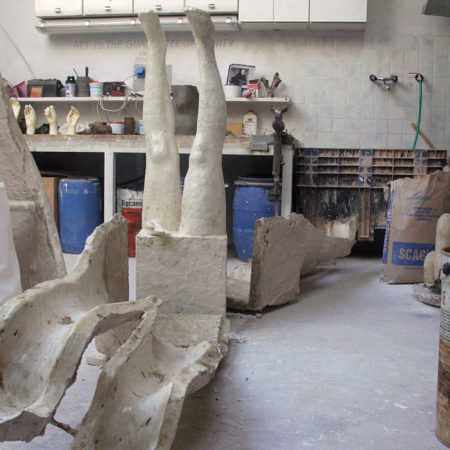 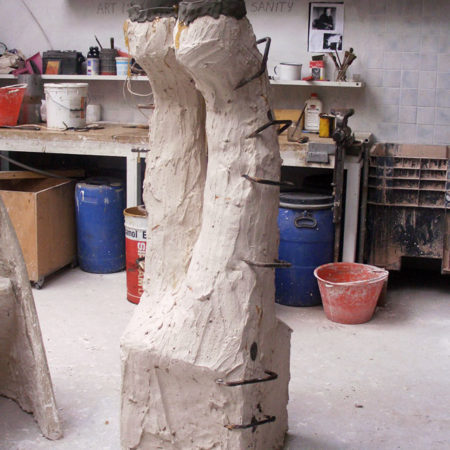 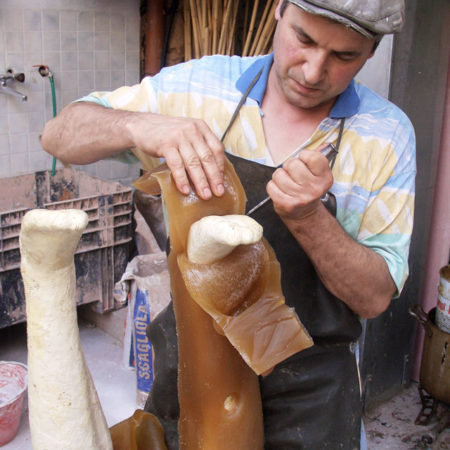 During this procedure a model is molded in sand. Then the model is removed and molten bronze is filled into that hollow space.

The procedure only works for simple models that have at least one flat side.

To allow the model to be unstuck from the sand later it is dabbed with a spit coat and graphite powder is applied all over it.

Then the model is put on a plank. A flask is placed in a way that the model lies in its center. The flask is used as a solid bracket for the mold.

The flask is filled with sand.

On the next step the flask is put upside down and the plank is removed.

Graphite powder is applied across the whole surface of sand. Another flask is placed on the first one and it is also filled with sand.

Now both flasks are cautiously removed from another. In the sandbed of the upper flask holes are drilled. They will later serve as channels for the molten bronze to flow in and air to escape.

The model is removed from the lower flask, revealing its negative form. When both sandbeds have dried the flasks are put back together and are firmly fixed. Now bronze is filled in and it takes on the form of the negative.

Any cookies that may not be particularly necessary for the website to function and is used specifically to collect user personal data via analytics, ads, other embedded contents are termed as non-necessary cookies. It is mandatory to procure user consent prior to running these cookies on your website.